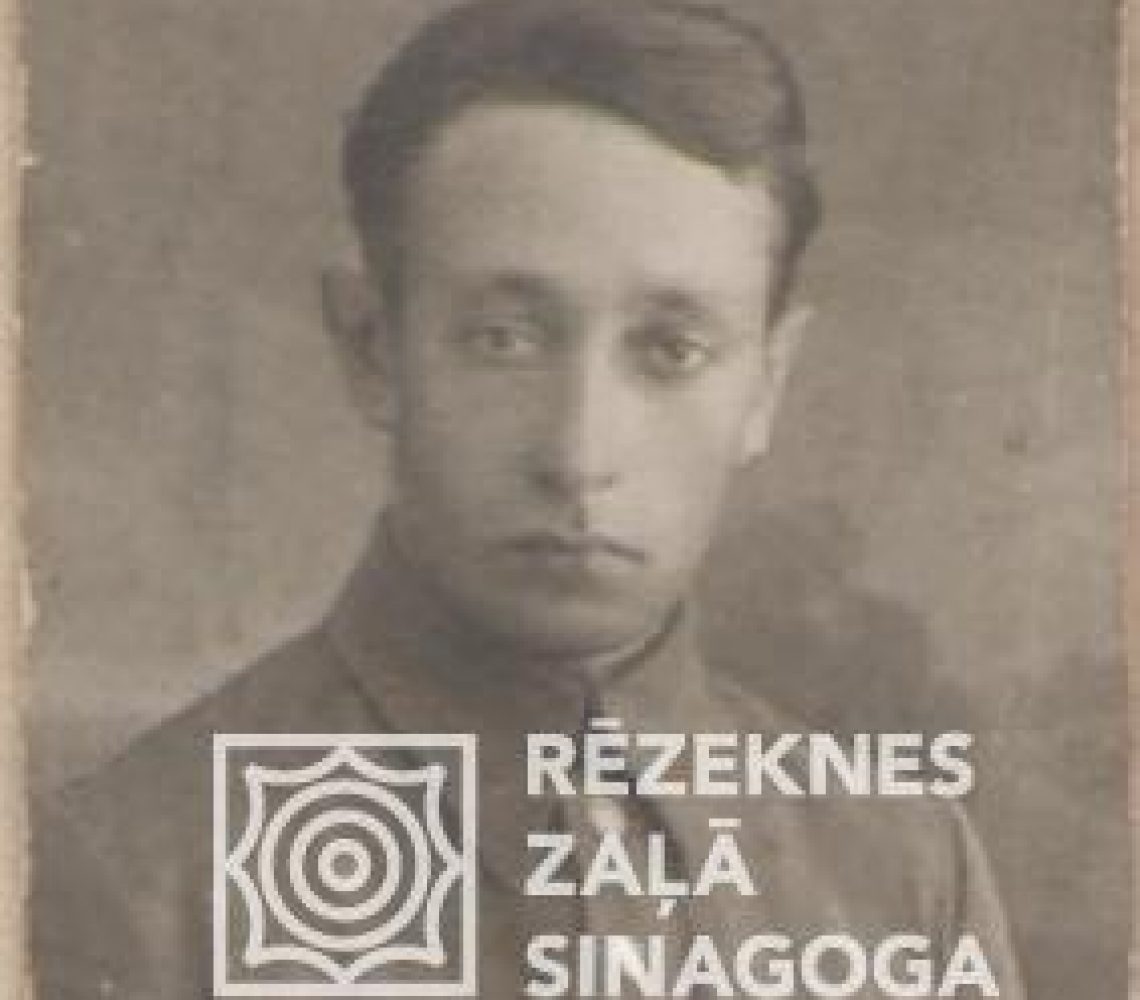 The photo of 1941, Mihails Zlotins (1920-1996) born in Malta parish Rezekne district, moved to Rezekne before the Second World War, married to Pesja Zlotina, joined the army. Mihail’s father died defore the War, his mother and four sisters-Stira (1918), Basja (1922), Toiva (1924) and Sima (1927) were killed in 1941. According to eye witnesses the sisters were shot but their mother was made dig the grave and was burried alive.

Mihails Zlotins was in the 130th latvian  infantry corps (43rd Guard’s Infantry division) and finished war in Kurzeme ( in Kurland kessel). Until retirement he worked as an electrician for Chamber’s construction group, was burried in Ventspils Forest cemetry