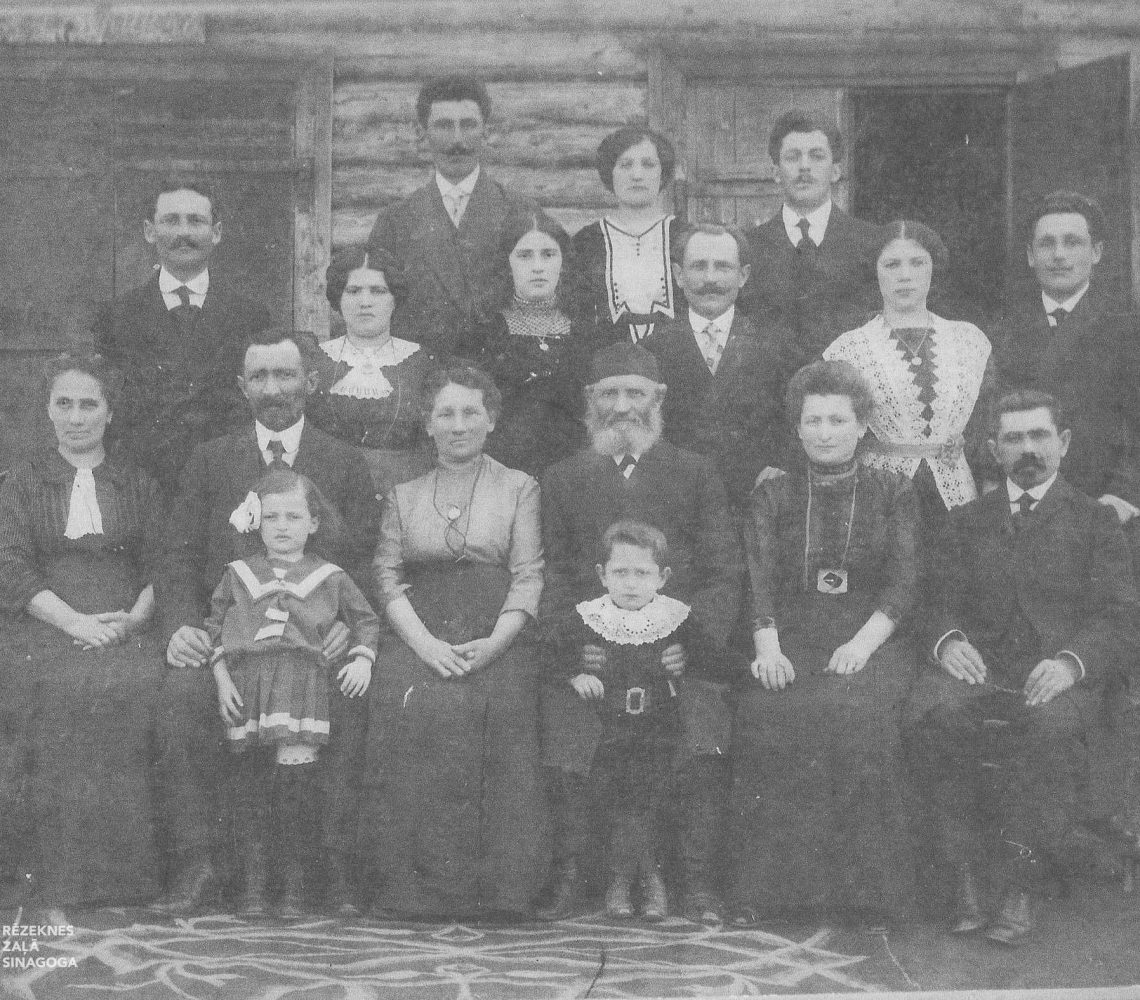 The photograph also captures daughter Sonia Izrailit and Rachel Shuster and sons Wulf (Wolf, 1879-1941), Elijah (born in 1884), and Solomon (born in 1894). In total, Leib and Pesya had 7 children (all in the photo could not be identified).
Movsha Rafal and Hana became victims of the Holocaust in Rezekne in 1941. In the family photo next to them, most likely their daughter Slovo Vinogradova (1895-1976).

A reference has been preserved regarding their place of residence in Rezekne (1st May St. 88, now Atbrivoshanas Alley), issued just a few weeks before the start of the war. According to this certificate, their relatives from Moscow were supposed to come to visit them, but they did not have time to arrive and this saved their lives. 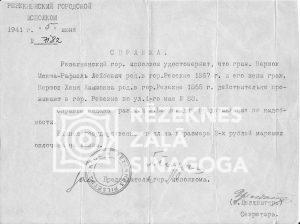 Information and photos provided by Yuri Cooper who, in turn, received a photo from the son of Rachel Benzion Izrailevich Shruster (born 18.10.1919).