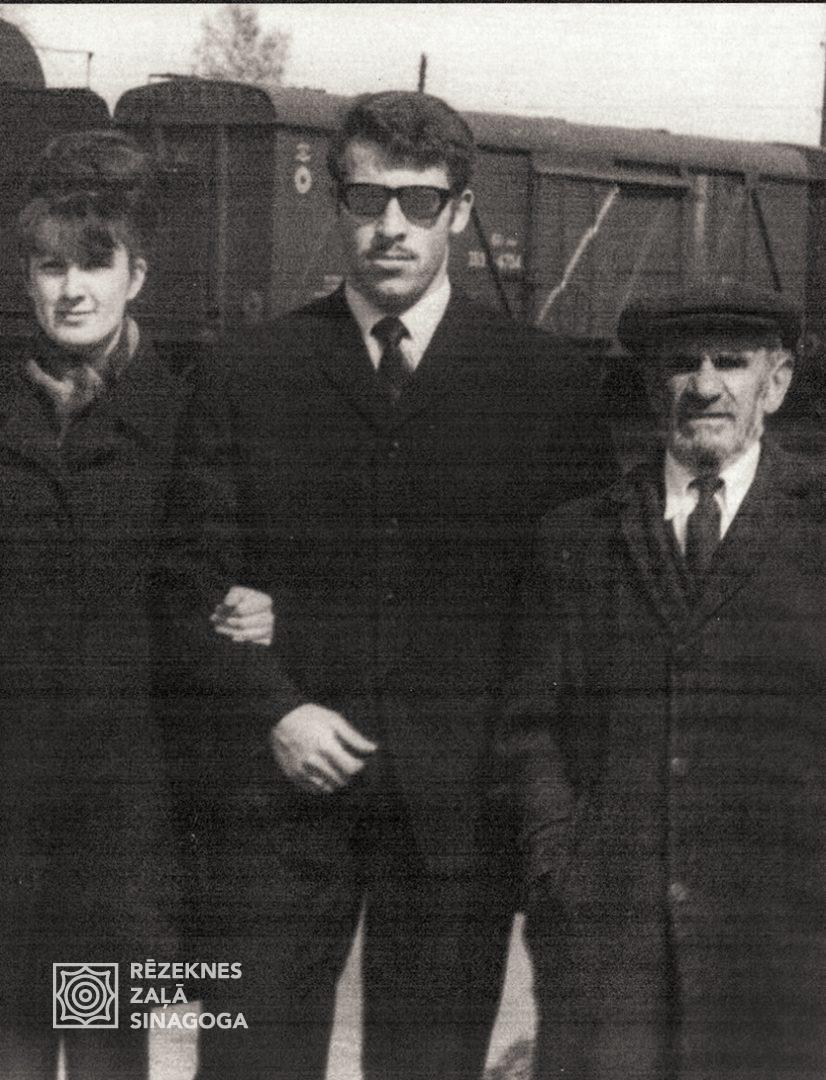 On the right side of the photograph – Haim Sheel Pliner (1888-1975).
The father of seven children: Rose, Sonya, Hona, Sima, Ruvims, Gdalij, Isaac. He worked as an assistant in synagogue before the war. H. Sh. Pliner stayed in the evacuation at the Gorky area during the war. Due to the lack of educated rabbis in Rezekne after the war, H. Sh. Pliner worked as the Head of Rezekne synagogue (di grine šul) until the seventies of the twentieth century. He was aware of prayers, customs, jewish traditions and was a good organizer as well. Over the last five years he lived in Riga.
On the left side of the photograph – grandson Yakov Pliner and his wife Tamara – russian language teacher.